Located 30 kilometers to the south of Paris in the town of Lisses, the media library and cultural centre replaces an existing building severely damaged from years of repeated acts of vandalism. The new project is shaped both inside and outside by a number of “forces” generated from its physical, political and social context. Within the building envelope, spaces of enclosure are positioned as a series of clearly identifiable “masses”, which in turn generate a network of linked and fluid interstitial “cavities” containing the principal public spaces beneath its slanted roof surfaces. Light enters them through a network of irregular openings, which “irrigate” the reading and consultation spaces with subtle, continuously changing light conditions. The nature of the exterior envelope is in response the social reality of the site: in order to impede vandals, the building is clad in a metallic skin of perforated, backlit and galvanized steel mesh panels. The ambiguous nature of this mottled, non-continuous surface allows one to perceive the materiality of the envelope in numerous ways depending upon the quality of light, one’s orientation, the season: transparent, opaque, scintillating. 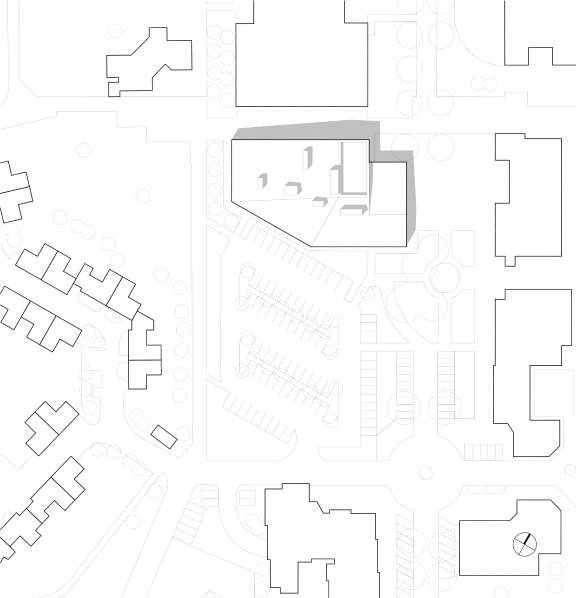 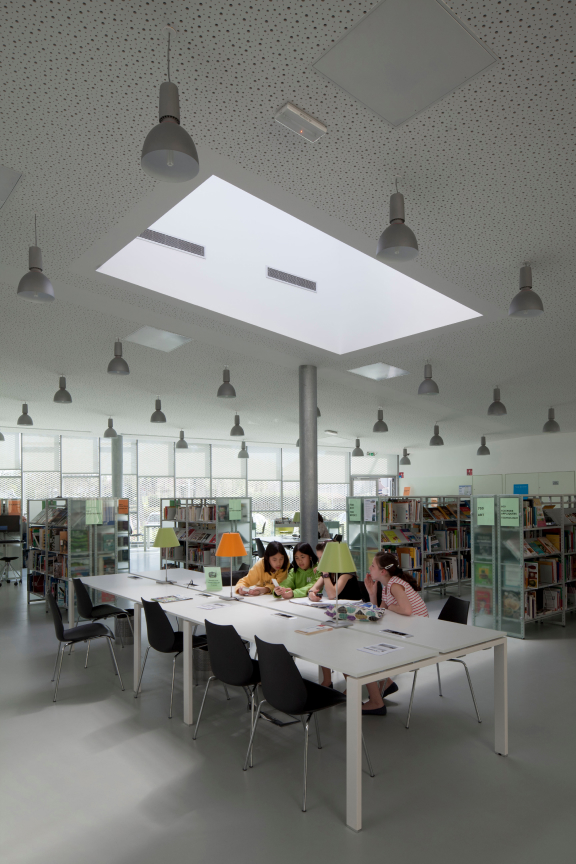 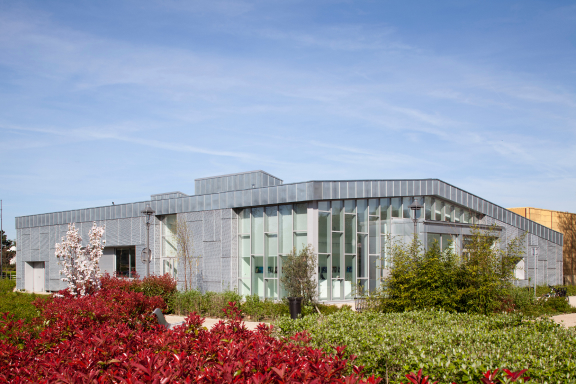